So What Does the Calligraphy on Mumtaz Mahal’s Tomb Say?

So what does the calligraphy on Mumtaz Mahal’s tomb say? Anyone?

And which language is it in? Arabic/Persian/Urdu/Hindi ...

On Mumtaz’s tomb - as in Shah Jahan’s - the verses from Quran inscribed on the tomb are in Arabic. The epitaph is in Persian. It reads:

"Mehrunisa returned to her examination. The base was decorated with registers of interlacing hanging flowers, the top and sides inscribed with Quranic verses. The common theme of the verses was to comfort the soul of Mumtaz with the prospect of paradise. At the south end, in the lowest element of the plinth was the epitaph: The illumined grave of Arjumand Banu Begum, entitled Mumtaz Mahal, who died in the year 1040 (AD 1631)."
- The Taj Conspiracy

Voila! Now you can quiz your friends and watch their befuddled faces as you spout Persian! 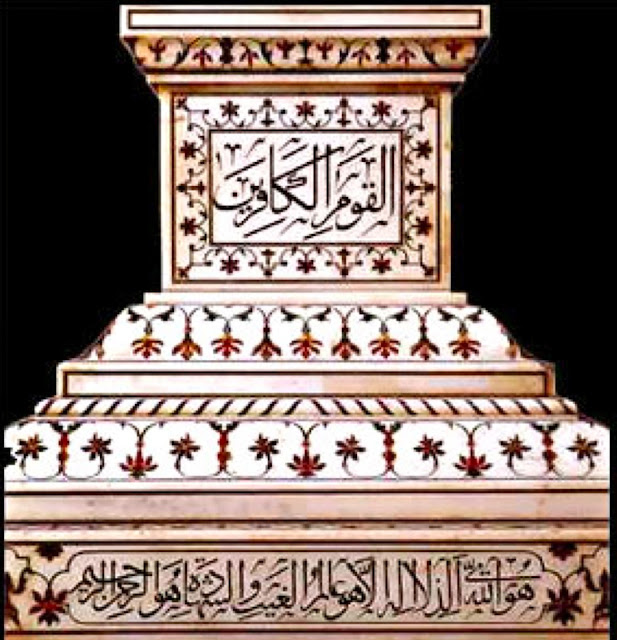 Posted by Manreet Sodhi Someshwar at 13:40